Noted fur trader Jacques Vieau established his second trading post along the west shoreline of Lake Michigan, near what would become in 1844 the Village of Mishicot. In 1795, Vieau became the first white man to settle Manitowoc County. A monument to this event was erected on Jambo Creek Road in 1922. Originally an Indian trail, Jambo Creek Road was named based on the Indian interpretation of Jacques Vieau.

The Mishicot Historical Museum and Research Center is proud to host an extensive display on the life of Jacques Vieau. 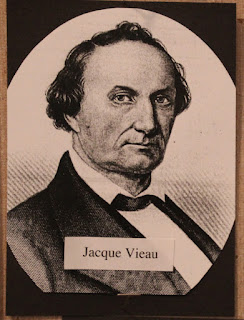 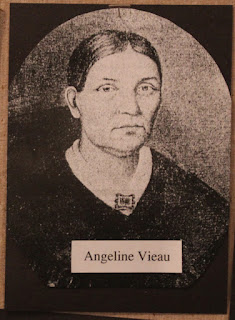 Jacques Vieau and his wife, Angeline. 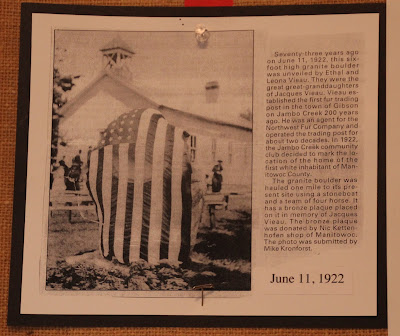 The unveiling of the Jacques Vieau monument. 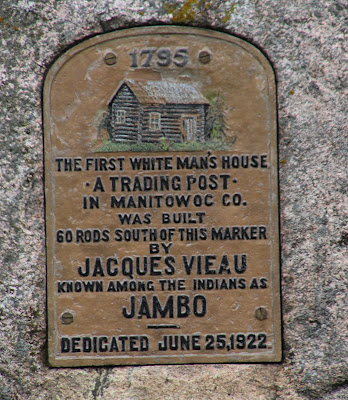 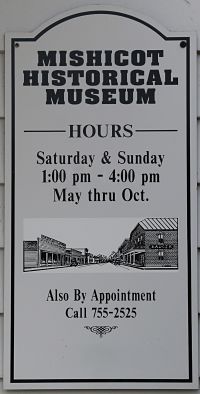